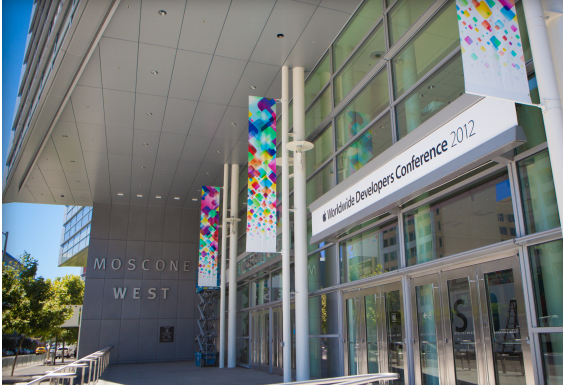 Apple CEO Tim Cook announced that it has 400 million App Store accounts. In addition, the company has 650,000 apps in its App Store and 30 billion apps have been downloaded so far. As a result, Apple has
doled out $5 billion to developers since the marketplace’s inception.Here is what got announced at the event WorldWide Developer’s conference…. 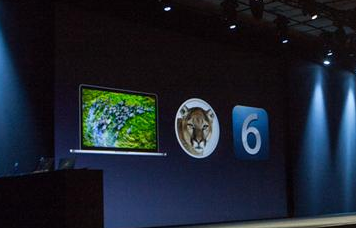 MacBook Airs will be equipped with the latest Intel Ivy Bridge chips, offering up to Core i7 with Turbo Boost, bringing the processor speed up to 3.2GHz.Hard drive options upto 512GB SSD and flash, while graphics will be up to 60 percent faster. And USB 3.0 will also be part of the package.

Macbook Pro also boast third-generation Ivy Bridge processors, as well as the Nvidia GeForce GT650M graphics. The line also includes both USB 2.0 and USB 3.0 support.Apple’s new MacBook Pro line starts at $1,199 for the 13-inch option, but can go much higher. The 15-inch MacBook Pro starts off at $1,799.
The computer is just 0.71 inches thin, and is being called the lightest MacBook Pro ever made. And for those looking for better visuals, the device comes with Apple’s Retina Display — the same screen found in its later iPhones and new iPad.According to Apple, the next-generation MacBook Pros’ 15.4-inch Retina Display features “the highest resolution” of any notebook on the market, thanks to its 220 pixels per inch. All told, the device’s resolution comes in at 2,880 x 1,800.
Like the MacBook Airs, the next-generation MacBook Pro doesn’t come with an optical drive. But it will have a SD card reader, HDMI connection, two USB 3/ USB 2 ports, an updated version of its MagSafe power adaptor connection, and two Thunderbolt connections. It will have up to 768 gigabytes of hard drive storage.The new MacBook Pro doesn’t come cheap. At the starting price, of $2,199, the base model comes with 8GB of RAM and 256GB of storage.

Mountain Lion, the latest version of OS X, will offer as many as 200 new features, including many more cloud services is set to be launched in July.

iOS 6 revealed with more than 200 new features,updated Siri and much more.Beta versions for the developer out now.

Apple revealed today at WWDC a new in-house 3D Maps(Apple’s Maps) app built entirely from the ground floor up. The 3D option isn’t turned on by default but can easily be switched on by the user via a large button logically dubbed 3D.
But 3D isn’t the only cool feature. The app is tapping into the GPS arena by helping drivers who need to navigate their way through traffic. Besides offering turn-by-turn directions, the app includes a new traffic service that shows you the location of accidents, courtesy of crowd-sourcing, so you can try to avoid them.

MacBook Airs and Pros are available now on.