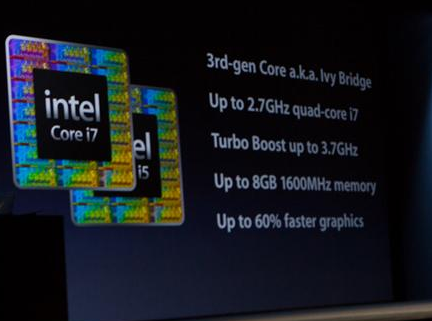 The new MacBook Airs will be equipped with the latest Intel Ivy Bridge chips, offering up to Core i7 with Turbo Boost, bringing the processor speed up to 3.2GHz.Hard drive options include upto 512GB SSD and flash, while graphics will be up to 60 percent faster. And USB 3.0 will also be part of the package.
The screen sizes available remain 13 inches with a 1,440×900 resolution and 11 inches with a 1,366×768 resolution, each with two default configurations. 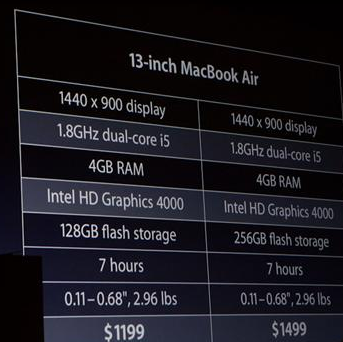 Two USB 3.0/2.0 ports, a headphone jack, SD card slot (13-inch only), and a Thunderbolt port that also acts as a mini-DisplayPort video output.
The Air’s FaceTime camera has also been updated to a 720p HD resolution.